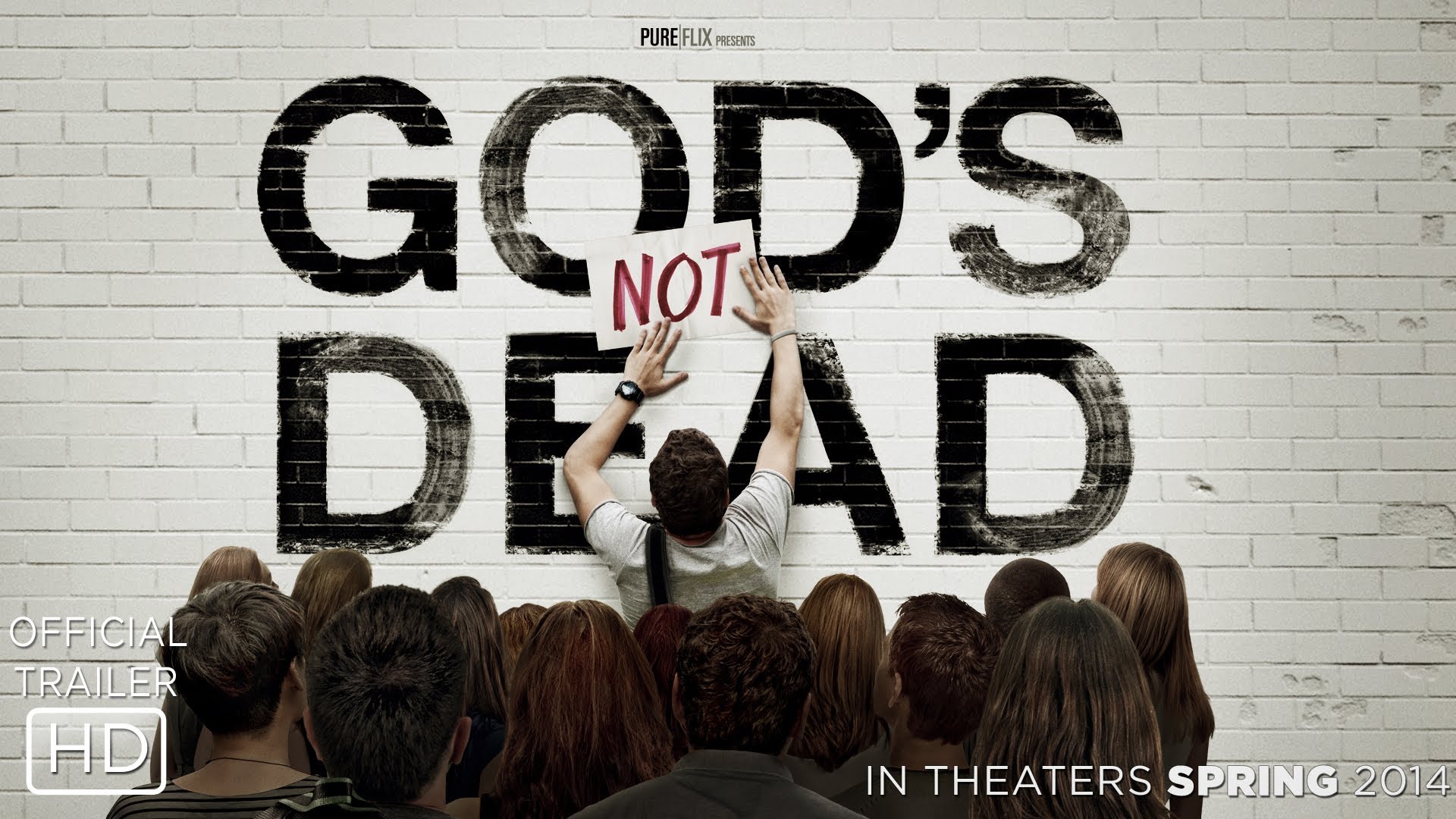 Last week, we went to see ‘God’s Not Dead’ in the theater.   For the TLdR, I urge you to see it, with your teens if you have them.  We took our youth Bible study group.

If you are looking for a synopsis, this isn’t it.  I want to touch on a few impressions, and mention things you might want to discuss with your family.  There will be spoilers, so don’t read further if you want to be surprised.

Overall, this is not a movie that is going to bring your friends to Christ.  The apologetics are weak, and in the end our young protagonist wins simply by enraging his professor, showing that he does not, in fact, believe God is dead, but rather has a long festering grudge.  Our young teens were cheering for every point made, but seriously, don’t take this stuff to school and try to convince your friends.  Living a Christian life in the face of adversity is a much better witness, and more successful than arguing with someone set in their position.

I felt that the real point of this movie was relationships.  We see many, good and bad.

Another point to bring up is peer pressure and group think.  In the beginning, the class doesn’t think much about signing that paper, as doing so would get them out of work, and the professor said they should do it.  And everyone else was doing it, so go with the flow.  In the end, it seems the student is not going to win over the class in the debate, until one student stands up….which encourages another, and finally nearly the whole class is on their feet.  Was it suddenly a room full of Christians?  Not hardly.  Lots to discuss here about the call of conformity, and the power of one voice in the wilderness that can break that barrier.  And how much work there is to be done even after minds are opened.

And then, there are the Newboys.  The only quibble I had was that the concert was not remotely realistic.  I mean, seriously, they are a million decibels louder than that!!  😛

Overall, I think the movie was worth seeing.  We had some great conversations about what love is and isn’t.  We talked about faith having a cost, and for some the cost is greater.  We learned a bit about compassion.  Yes, the movie is totally a Christian cliché.  It’s ok.  This is a safer film to take your family to (I would say 13+), and spark conversation about topics that sometimes don’t come up as we are shielding them from popular movies and television.  As our young people get older, we need to equip them.  We do them no favors releasing them to the world unprepared.  Use the opportunity.

Dawn is a 40 something stay at home momprenuer with two homeschooled children.
View all posts by Dawn →
This entry was posted in Morning. Bookmark the permalink.